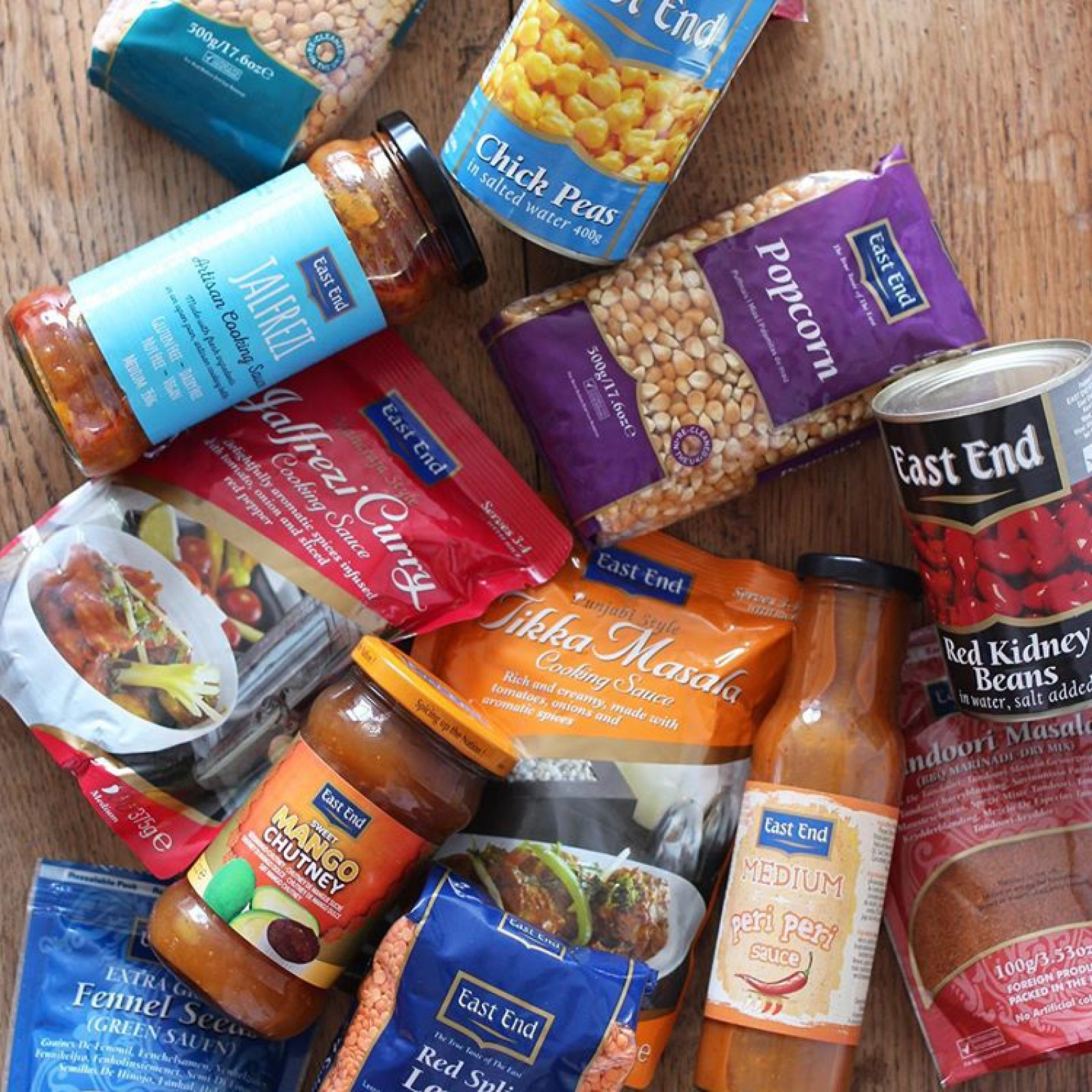 16th October marks World Food Day, to commemorate the founding of the Food and Agricultural Organisation of the United Nations. We spoke to our member and industry leader East End Foods to talk about their healthy foods and the importance of multicultural dietary options.

World food day is celebrated by 150 countries across the world and is one the most celebrated days in the United Nations calendar. This day raises worldwide awareness for people across the globe suffering from hunger. It also promotes the need to ensure food security and healthy, nutritious diets for all. Made in the Midlands member East End Foods spoke to us about why Indian foods are nutritious and why these tastes have become so popular.

The Wouhra brothers began trading high-quality Asian foods in 1972 when the UK saw a rise in Asian people migrating to the country. As there was a rise in demand for Asian cuisine, East End Food was created to bring in authentic foodstuff. Now, the company has become a valued supplier to independent Asian grocery stores as well as major supermarkets such as Tesco, Asda, Waitrose and Sainsbury’s. The West Bromich based company supplies mostly sundries and spices.

Roger Wouhra, Director of East End Foods, mentioned that East End Food imports food from all over the world to bring these flavours to the UK. He also said:

“We grind all of the spices here in the UK at our West Bromich headquarters and we pride ourselves on this.”

“Asian spices have become very popular as people have travelled their tastes have become more sophisticated. Cooking with Indian spices makes a massive difference to cuisine.”

World food day heavily promotes healthy and nutritious eating, and with the rise of vegan and vegetarianism, Roger has seen a rise in sales for sundries such as pulses and lentils as they are high in protein. He said:

“Pulses and lentils are high in protein and this popular for those interested in high protein intake, vegan and vegetarianism. In India, these are something that is cooked every day, and I think they have become more popular because people are aware of how easy it is to cook them. In fact, many Indian and Asian cuisine is healthy and high in protein.”

As Asian foods have become more popular in the UK, we asked Roger from East End Foods what their most popular foods are and what they recommend to those wanting to eat healthier:

“ Curry powders are very popular as they are a mixed spice everyone can use. We blend the spices together, and I think in today's age, people are looking for convenience. They can rely on us to blend the spices to the right proportions for their dishes.”

“ For healthy eating, we recommend lentils pulses, chickpeas and red kidney beans. You can buy these in dry or tinned forms. Whilst they are also convenient for your cooking needs, they are very healthy, have fewer carbohydrates and high in protein as I mentioned before. There is also a huge variety, for example, there are 10-12 different types of Lentils.”

“ As for spices the most popular and healthy are turmeric, coriander, cumin and chilli. These spices are a big part of our blend and some have become very popular for another cookery. Turmeric, for example, has bioactive compounds with medicinal properties and is known to lower risk of brain diseases. Therefore people want other ways to consume this such as turmeric milk and lattes.”